How Does an Advertisement Affect Us?Good and Bad side 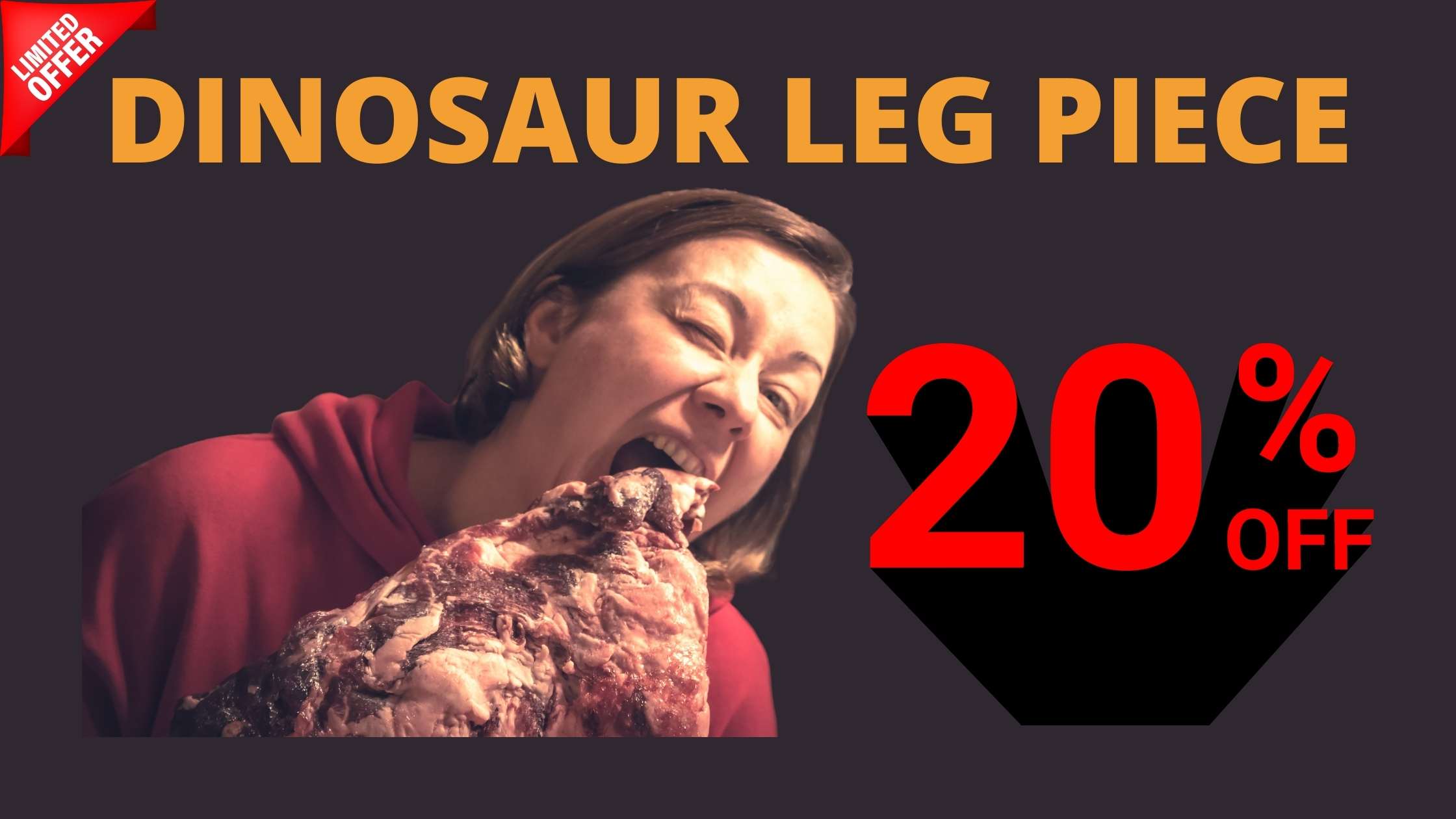 Advertisement and Advertising is something that we are constantly confronted with, whether we are watching television, reading a magazine, or simply walking down the street.

But have you ever stopped to think about how advertising actually affects us?

It is impossible to go through life without being exposed to advertising.

It is everywhere we look, and it is constantly trying to sell us something.

Whether it is a new car, a new pair of shoes, or a new piece of technology, advertising is always trying to get us to buy something.

But what effect does this have on us?

Does it make us more likely to buy the things that we see advertised?

Does it make us more materialistic?

There is no easy answer to these questions.

Advertising can have both positive and negative effects on us.

On the one hand, it can raise our awareness of new products and services that we might be interested in.

On the other hand, it can create unrealistic expectations and make us feel like we need things that we don’t actually need.

So, how does advertising affect us?

It all depends on how we respond to it. If we are able to critically evaluate the advertisements that we see, then we can avoid falling for their persuasive techniques. But if we are not careful, advertising can have a negative impact on our lives.

In fact, according to research conducted by the University of California San Diego, ads can actually change our attitudes and behaviours.

So, how does advertising affect us?

Let’s look at some examples.

1. We Feel Good About Ourselves When We See Advertisements for Products We Like

We all love getting something for nothing, right? Well, advertisers understand this desire and exploit it by showing us ads for things we really want.

These ads make us feel good about ourselves, so we’ll buy whatever the advertiser is selling.

For example, let’s say you’ve been looking for a new pair of shoes. You go to a shoe store and find a nice pair of sneakers.

But, you notice that the price tag says $100. So, you decide to wait until you find a pair of shoes that cost only $50.

But, before you leave the store, you spot an ad for Nike sneakers. They’re only $40! So, you walk out of the store with a new pair of sneakers.

Now, imagine that you didn’t like the sneakers you bought.

What would happen next?

Would you still buy them?

Probably not. Because, after seeing the ad, you felt good about yourself. You liked the idea of buying a pair of sneakers for just $40.

This same principle applies to almost everything else we buy. If we see an ad for something we want, we’ll probably buy it.

Even if we don’t end up liking the item, we’ll still feel good about ourselves.

2. We Think More Highly of Companies Who Show Us Positively Influential Advertising

Another interesting study found that people were more likely to trust a company whose ads made them feel good.

Researchers asked participants to rate the credibility of different companies based on information they’d seen in their ads.

Participants rated the companies higher if the ads made them feel good, rather than bad.

Either way, we ended up thinking more positively about the company.

3. We Are More Likely To Buy Something If We See Ads for It

When we see an ad for the product we want, we may be more inclined to purchase it. Why?

And, when we see an advertisement for a product that we want, we may subconsciously assume that the product must be great.

After all, the ad told us that the product was worth buying. So, we’ll probably try it out.

In the world of advertising, we all know that ads influence consumers. But how does an ad actually make us feel?

Is it possible to measure the emotional response to advertisements?

Here’s a list to take if you want learn more about the psychology behind advertisements:

Advertising is a multi-billion dollar industry. And yet, advertisers still struggle to understand exactly what makes some ads effective and others ineffective.

For instance, when was the last time you saw an advertisement for a product that made you think “I really like that!” Instead, you probably thought something along the lines of “That’s weird… I wonder what that’s supposed to mean.”

So, what makes an ad effective?

There are several things that contribute to making an ad successful. One of these is called brand recall.

Brand recall occurs when a consumer remembers a particular brand name or logo after seeing an ad. When a consumer recalls a brand, he or she may also remember specific attributes of the brand, including price, quality, and service.

Another key component of an ad’s effectiveness is its ability to evoke emotion.

Emotion evoking ads are ones that cause viewers to feel certain emotions, such as fear, anger, sadness, happiness, etc.

These emotions are known as emotional responses.

Finally, another element of an ad’ s effectiveness is its ability to persuade consumers to buy a product or service.

Persuasion involves convincing consumers to believe that a particular action is best for them.

Now that you know what makes an ad effective, let’s talk about measuring it. How do you know if an ad is effective?

You can measure the effectiveness of an ad by looking at the number of impressions it generates.

Impressions refer to the number of times an ad appears on a screen. For example, if an ad appeared 100 times during a television commercial break, that would count as 100 impressions.

However, simply counting impressions doesn’t tell you much. To truly measure an ad’s effect, you must look at the number of conversions it produces.

Conversions occur when consumers act upon an ad.

Measuring conversions is tricky because it requires tracking individual consumers over time.

However, there are tools that allow marketers to track conversions. Some of these tools are built directly into social media platforms, while others require developers to build custom solutions.

3. Use Psychology to Improve Advertising

While measuring conversion rates is difficult, understanding human behavior is easy. So, if you want to figure out how to make your next ad more effective, here are some tips based on psychological research:

• Be clear. Consumers respond well to messages that are simple, direct, and unambiguous.

Advertising is everywhere these days. Whether we’re watching TV, reading magazines, or browsing the internet, ads are all around us.

But just how much does advertising influence our behaviour? And what effect does it have on us?

How Much Advertising Do We See?

We see a lot of advertising every day. According to Nielsen, we spend over $100 billion per year on television alone.

But when we look at the numbers, we realize that only a small percentage of that money goes towards actually reaching consumers.

For example, according to Nielsen, only 3% of all ad dollars go toward reaching consumers directly.

So, the vast majority of advertising dollars end up being spent on things like production costs, creative development, and distribution.

So, what happens to the rest of the money? Well, it gets divided among agencies, networks, and advertisers.

What Are Advertisers Trying To Achieve With Their Ads?

Most advertisers try to achieve several different goals with their ads. They may want to reach a specific demographic group, promote a particular product, or encourage viewers to make a purchase.

For example, say you’re trying to sell a car. You’d probably want to target men between 25-45 years old. Or maybe you’re selling a pair of shoes.

Why Is There Such Diversity Among Different Types Of Advertising?

Each type of advertisement has its own set of benefits and drawbacks. For example, direct mail tends to cost more but reaches a larger audience.

Television commercials tend to be cheaper but reach fewer people.
And, social media ads tend to be inexpensive but reach a smaller audience.

This diversity makes it difficult for marketers to choose the best form of advertising for their products.

However, it also gives them plenty of options to choose from.

Can Marketers Use Technology To Improve Their Advertising Effectiveness?

Technology plays a big part in determining the effectiveness of advertising.

For example, technology allows marketers to track the results of their advertising efforts.

They can measure how effective their ads were across various platforms, including television, radio, print, and the web. They can even monitor how well their ads perform during live broadcasts.

There are many ways that advertisements can affect us. They can influence our buying decisions, our moods, and even our opinions on certain topics.

While some ads may be more subtle than others, they all have the potential to impact us in some way. So, the next time you see an ad, take a moment to think about how it might be affecting you. 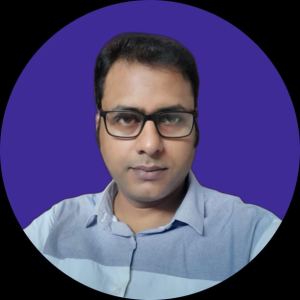 A strong believer in the magic of humans, Subir believes in empowering people to become a better version of themselves. Always in constant pursuit of quirky things to do and be (the proof is in the second "I" in my name), I believe in becoming the best version of myself. I am a constant learner who loves to write. I hone a passion for content writing so much that people adore me.
All Posts
PrevPreviousWhat is the Psychology behind advertisements?
NextWhat is branding in marketing? How to do Branding?Next

Want to Learn
How to create Brands
Create the Best
Marketing Content?
YES, I WANT THIS E-BOOK
Instantly get our free Marketing Guide to Success
No Thanks, I want to Miss this opportunity
Content
Convert

Instantly get our free Marketing Guide to Success
Content
Convert
×